Inside the creative minds of RobotDog
back

Robotdog: For starters, let’s get the basics. Tell us a little about yourself.

Larry King: My name’s Larry King, I am 29 years of age. I call North Carolina home, not really intending to move anywhere else. I have been drawing since I could grasp crayons in my hand. I would draw for fun, it was cheap, and I was only limited by my imagination, and how much paper I had at the time.

RD: I can totally identify with you there, lol. There is nothing like the desperation in cramming as much as you can on that last piece of paper. Can you tell us who/what were  some of your early influences?

LK: I would take inspiration from the comics and cartoons of my youth which included Batman: The Animated Series, X-Men, as well as Ren and Stimpy. Comics were hard to come by, and anything Jim Lee was like gold, I was at the mercy of the Drug Store spinner racks, which mostly came up snake eyes in the form of Archie Comics (a line of comics I have come to appreciate).

RD: One of my fondest memories from the drug store spinners was an old issue of the Ren and Stimpy comic featuring a Spiderman/Powdered Toast Man team up. I still have it to this day. Can you tell us a little about your set up and your work?

LK: I stayed a traditional artist for years, breaking down what my favorite artists did, and tried to learn from them, but I eventually turned into a digital artist. Initially using GIMP (not the one that gets brought out in the Pawn Shop basement) and currently use Paint Tool Sai to create my works, since it’s a one stop shop. I no longer to have to scan pages in and hope I didn’t screw something up. I use a Wacom Bamboo tablet to illustrate my works, which take the forms of traditional comic book pages, comic strips, to full color pin-ups. 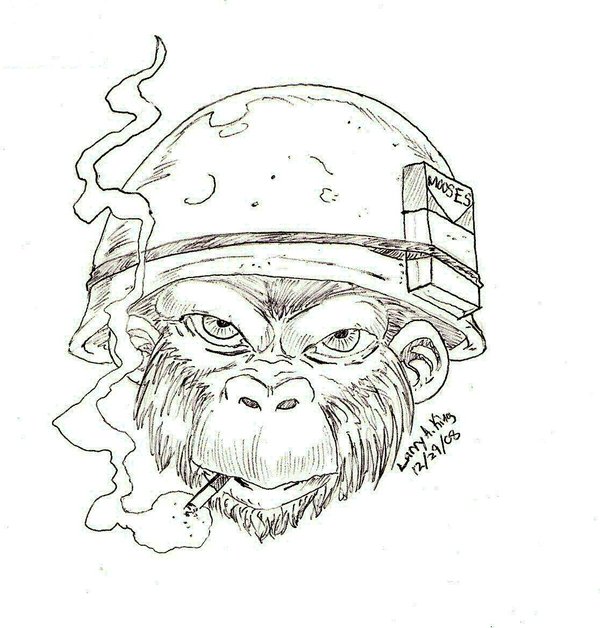 RD: I’ll definitely have to do a future review on Paint Tool Sai. Can you tell us about any current projects you are working on?

LK: I am currently inking a series of six strips of an Aquaman story that I came up with due to a passing whim, a half forgotten dream a had a couple months back.

RD: So you tend to come up with ideas on the fly and use dreams as an inspiration? I bet that results in some interesting stories from time to time.

LK: A lot of my influences for story content come from conversations, dreams, and stray thoughts. I don’t pass up anything that could make a good story.

RD: Besides being an  advocate of the DIY ethic, have you had any of your work published before?

LK: I have never had anything published on a professional level, I don’t have the patience for a lot of it, learning to format files, preparing PDF’s, etc. But I have “published” some of my works. I went out to a Staples, bought a black and white photocopier and make my own mini-comics. I have sold a few, but realized they work better as a “calling card” of sorts. They are roughly the size of a Chick Tract, which if you’ve never seen can be funny and horrifying at the same time. 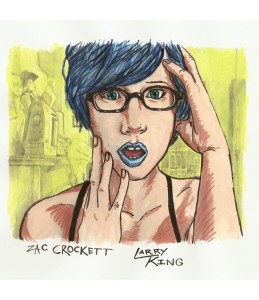 “Comics were hard to come by, and anything Jim Lee was like gold”

RD: You mean the little comics the churches used to pass out around Halloween, yes I know what you are talking about. I’ve actually seen that format work well for indy comics. Have you done any collaborative work, or do you prefer to work solo?

LK: Besides working on my own stories that I write and draw, I also write stories for others, learning as a go, but the results have been quite astounding. Currently I have been writing a series of stories that have been illustrated by Chris Kohler artist on the independently produced “Portland Underground” comic series.

RD: Nice! Can you tell us a little about that project?

LK: The works that me and Chris have been producing have run the gamut from a World War Two tale of American and German soldiers, a Lesbian love triangle on a College campus in 1969, to a tale of High Seas adventure, leaving no stone(besides the one marked Super-hero) unturned, as we will hopefully create more.

RD: Besides drawing and illustrating, are there any other creative projects you’d like to share with us?

LK: While I do all this I also have a podcast that I do alongside my friend Bruce Otter, it’s called the “Media Montage Podcast”  (which is also up on iTunes) and we cover TV, Comics, Movies, and Conspiracy, things we both enjoy so we chat about it, and sometimes make fun of it. Luckily I don’t have to write a script for that because more than likely I wouldn’t follow it.

RD:  You’ve stated your indie ethics when it comes to your work, but would you be opposed to getting your work published?

LK: My philosophy for making comics is that if you are not having fun then you are doing it wrong. This is like a hobby that I wouldn’t mind spinning into something more, but I am not going to be delusional about it and think I could be writing for DC or Marvel. I know I couldn’t draw one, I’d break under that kind of pressure. A lot of people think it’s a defeatist attitude, I just try to be a realist in a world where no one wants to admit how brutal things can be.

Well Larry, we appreciate you taking the time to speak with us today. I have one final question before releasing  you back into the wild..Do you have any advice for beginning indie artists, or anyone looking to produce their own comics? 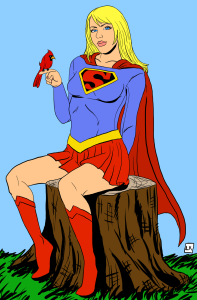 LK: If there was some advice I could give to independent writers and artists it would be embrace the digital field. I love comics that I can hold, but the future is digital comics, whether it’s your own website, or Comixology, the digital delivery system is the great equalizer when it comes to comics. No longer are you at the mercy of Diamond (the only name in town for comics distribution). Also if you want to print up your comics you can do so if you do it with a personal photocopier or a print-on-demand service, your imagination(and budget) is the limit.