Bands are brands too

Even though they don’t sound like it bands are brands too. Careful consideration goes into the gigs they play and the way they present themselves to fans. We helped Our Little Band (OLB) find their voice in the crowded Louisville music scene.

When Rycky, Paul, and Roth contacted me about possibly shooting a video for them, they were amazed at all the other things that we could provide that they didn’t even realize they needed. We started with a logo. They wanted something that said “Louisville” in a way that would resonate with fans. We looked at some of the most famous Louisville brands and came up with a logo that pays homage to a 502 favorite… See if you can spot it. 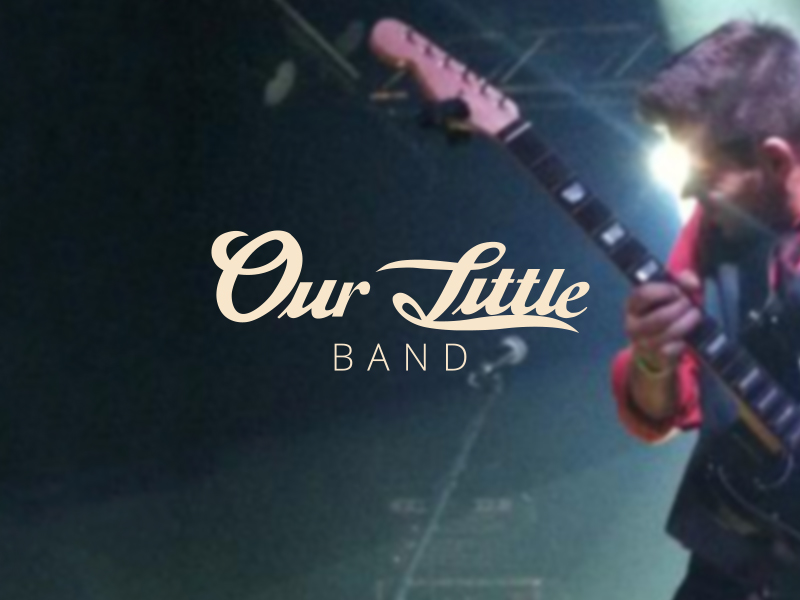 The boys also didn’t have a web presence yet. They needed a site that was clean and straight to the point, that showcased their style of gritty yet clean “alternative blues”. We developed a responsive one page site that uses big images as backgrounds, combine that with their following on social media and now they have their own platform to connect with fans. This was also the birth of their branding statement “Louisville’s Alternative Blues Band” which has since been used to further their image on television and radio appearances.

Making the video: cutting the leash

The first video we produced for them was “Home with you”. The first concept we pitched was an instant hit. The song is about coming home to the people you missed, the people who are home to you. The first thing that came to mind was lost dogs. So the video tells the story of two dogs. One waiting anxiously for the return of her friend, and the other lost and on a journey back home to her. Out of concern for our stars safety we kept the dog on a leash when we were in the city, which meant that the leashes and the handler had to be removed from shots in After Effects.

#bts with our_little_band shooting “home with you” #musicvideo #louisville #canon